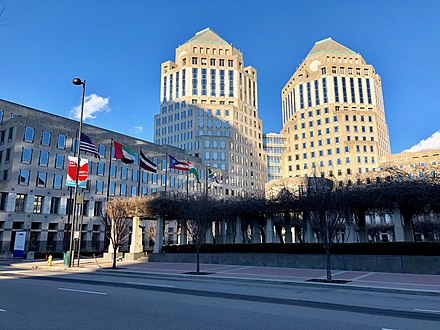 The arts culture in Cincinnati is excellent and includes theaters, performance arts venues, galleries, museums, and ballet. If you enjoy the arts, Cincinnati will fill your social schedule to the brim! The affordable cost of living in Cincinnati is one of the key draws for residents. US News and World Report magazine recently classified the city as the 10th most affordable in the country. Particularly, the affordability of housing is appealing to many prospective residents, with the median cost of Cincinnati Houses for Sale around $300K, compared to the $391K national average. In addition to its many parks and playgrounds, Cincinnati offers a variety of family-friendly activities. The Cincinnati Zoo & Botanical Garden, the second-oldest zoo in the nation with over 500 animals, is among the entertaining and instructive locations. Another favorite among those who enjoy animals is the Newport Aquarium. Continue reading to find out why Cincinnati was once regarded as the Western Paris.

Queen of the West

The oldest public market in Cincinnati, Findlay Market, is one of the top attractions in Over-the-Rhein. If you go through Findlay Market, you’ll find a range of European treats including Belgian waffles, Polish pierogies, German-style bread, Baklava, and more, as well as a tiny outdoor “biergarten” that is reminiscent of Germany! If you enjoy taking gastronomic excursions, think about taking a Market Tour to fill your belly and experience Cincinnati authentically.

The Cincinnati Opera House, also known as Cincinnati Music Hall, is the second-oldest opera house in the country. It appeared on the National Trust for Historic Preservation’s annual list of the 11 most endangered historic sites in America in 2014, but by 2017, it had been rescued thanks to a 16-month, $143 million repair.

The church experienced severe wear and tear, which made maintenance more challenging. After considerable reconstruction, the church was magnificently transformed into one of Cincinnati’s top dining establishments by fusing rescued church elements with a brewpub. In 2010, the City of Cincinnati and 3CDC entered into an agreement for the church’s repair.

You can reach Vine Street by walking along W 12th Street, W 13th Street, or W 14th Street from Washington Park in the west. This area, which was once dotted with abandoned buildings, is now home to a wide variety of boutique stores, restaurants with European influences, bakeries, and bars run by local chefs. In order to get a table, diners are already lining the streets and packing pubs. Here, you won’t find any chain eateries; instead, you’ll only find little local boutiques.